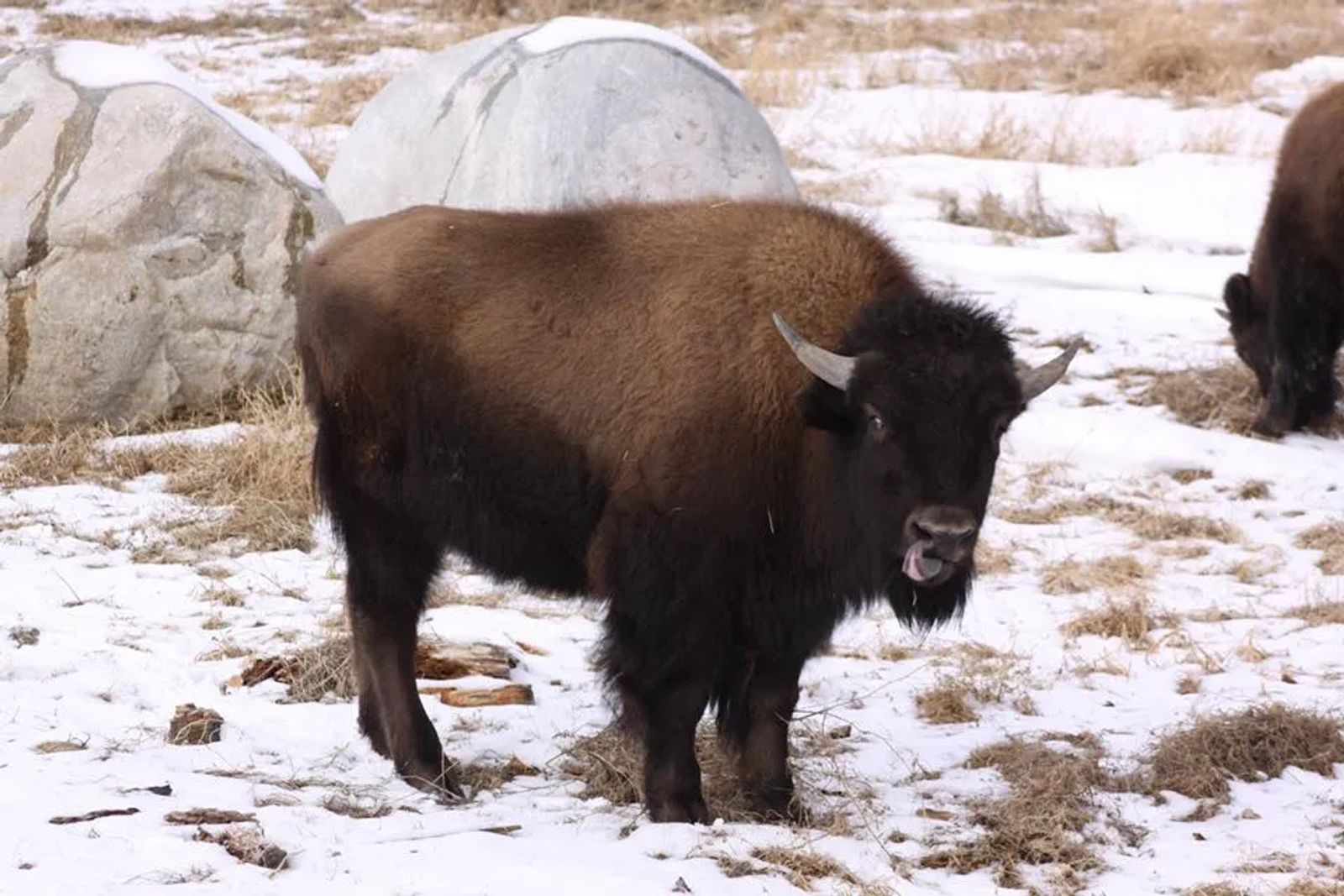 ZooMontana recently debuted their new Bison exhibit. The multi acre exhibit was built to mimic the natural habitat of Yellowstone National Park. The exhibit is possible thanks to a generous gift from Valley Credit Union. CEO Darla Card is excited about their partnership with the Zoo. “Valley Credit Union is very pleased to be a part of helping ZooMontana grow by sponsoring the new Bison Exhibit. We are very excited for the arrival of these native Montana Bison and look forward to sharing this experience with the community and visitors of our wonderful zoo” said Card.

The exhibit is is adjacent to the Zoo’s Homestead House, which currently houses the ZooSchool Preschool. Executive Director Jeff Ewelt is excited to bring the story of Bison to Billings. “Bison are such an iconic part of American history”, Ewelt said. “They deserve to have their story told and we look forward to housing America’s national mammal.” ZooMontana recently welcomed in 1-year old Bert and 6-month-old Nellie, two native North American Bison.

Bison are the heaviest land mammals in North America, topping the scales at over a ton. Despite their weight, they are incredibly agile and can run over 35 miles per hour. Bison were nearly wiped out in the 19th century after settlers slaughtered nearly 50 million of them, reducing the population to only a few hundred. Since then, the population has rebounded slightly to just over 500,000 animals.