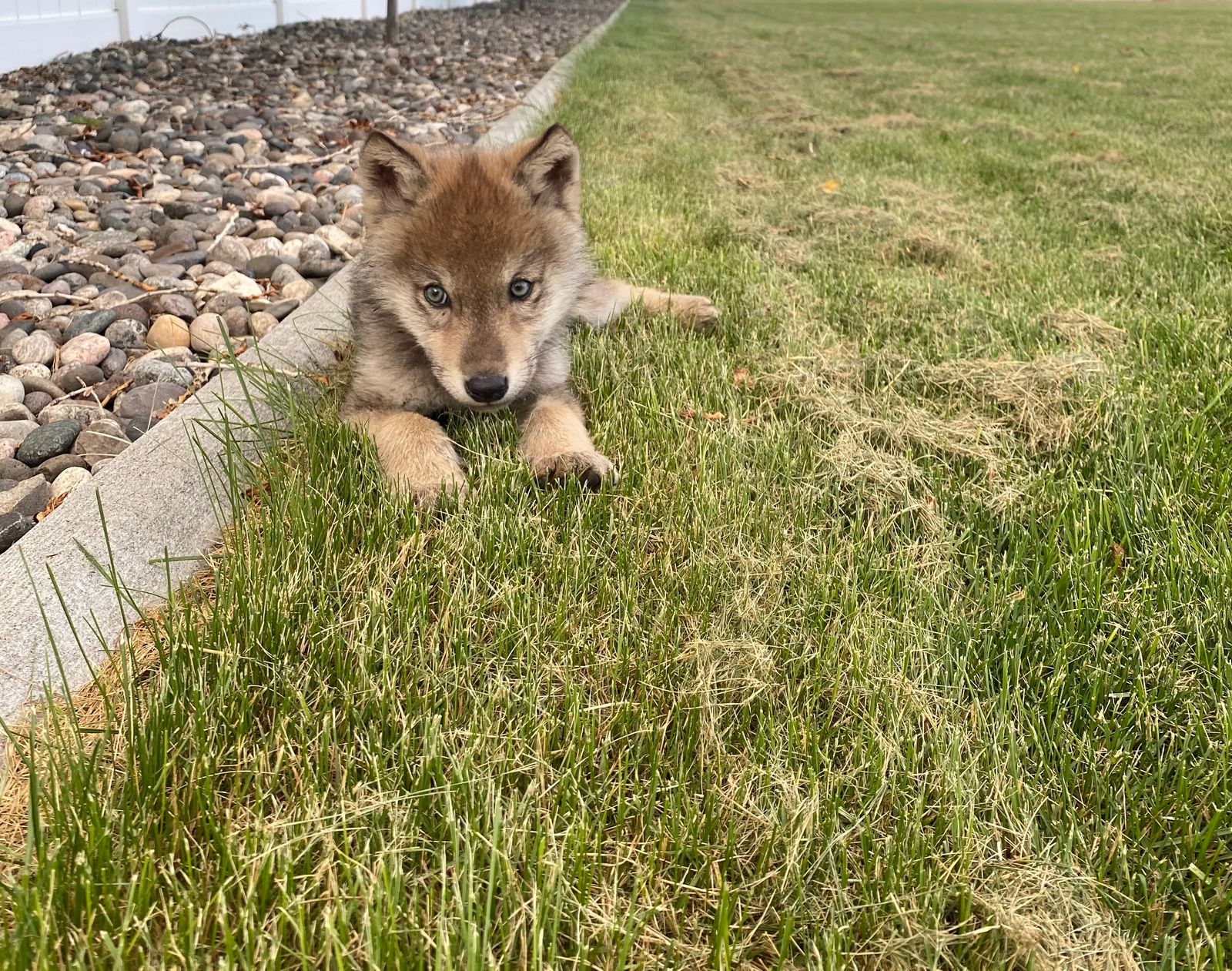 ZooMontana is now home to a 7-week-old Grey Wolf pup. The wolf was found, fed, and briefly housed by families in Condon MT, and then turned over to Montana’s Fish, Wildlife and Parks in Kalispell. After unsuccessful attempts to relocate the pup’s pack, the wolf was transferred to ZooMontana.

The small male wolf pup was found on private property and followed the owners across their driveway. After waiting some time and realizing the pack was not going to return, the owners retrieved the pup in hopes to help it. Shortly after, the owners contacted Fish, Wildlife and Parks. The following day, the Wolf/Carnivore Specialist for FWP Region 1 retrieved the pup, noting no visible injuries or concerns. Knowing the historic den of the Condon wolf pack was nearby, the wolf specialist searched for signs of the pack to no avail, making a release impossible.

The pup will be slowly introduced to the Zoo’s two current wolf residents. The introduction will span over several weeks to months, meaning the pup will not be on exhibit for some time according to ZooMontana Executive Director Jeff Ewelt. “Wolf introductions can take time due to pack dynamics. Even though the Zoo’s pack is small, intros must still be done carefully” said Ewelt. “We know how excited folks will be to see him, but we must be patient”, he added.

Grey Wolves are the world’s largest wild canines, coming in at 60-145 pounds. An adult Grey Wolf can eat upwards of 20 pounds of meat in a single meal. Wolf populations are present in Alaska, northern Michigan, northern Wisconsin, western Montana, northern Idaho, northeast Oregon, and the Yellowstone area of Wyoming. Wolves howl to solidify pack bonds and warn other wolf packs to stay away, but despite popular belief, wolves do not howl at the moon.